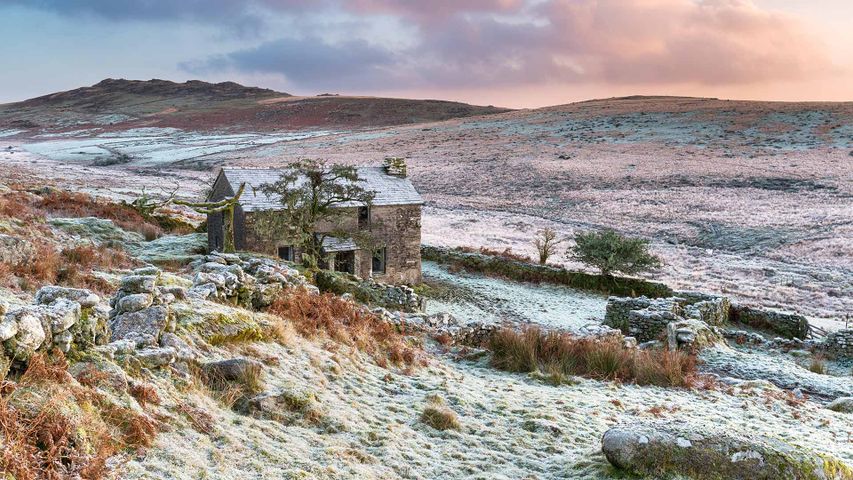 Sunset over an abandoned cottage on the foothills of Brown Willy on Bodmin Moor, the highest point in Cornwall

In the foothills of Bronn Wennili

This frosty scene comes to us from the foothills of Brown Willy, the highest hill on Bodmin Moor and in Cornwall as a whole. Its name might elicit a few winks and smirks but it endures, despite a campaign to change it back to the original Cornish - Bronn Wennili (Hill of Swallows) - in 2012. Rising 1,378ft (420m) above sea level, it towers over the moor and offers far-reaching views from coast to coast on this part of England’s south-west peninsula.

You’ll find cairns - man-made stone mounds - dating back to the Bronze Age in this area. Some believe Brown Willy is a holy mountain and local folklore has it that an ancient Cornish king is buried here. Bodmin Moor is certainly a landscape that lends itself to romantic tales. It is remote, heather-covered and dotted with giant outcrops of weathered granite slabs, standing stones and prehistoric hut circles, each with their own legends. Part of Cornwall’s Area of Outstanding Natural Beauty, this rugged terrain is popular with walkers but don’t forget your raincoat - Bodmin Moor is one of the wettest uplands in Britain.