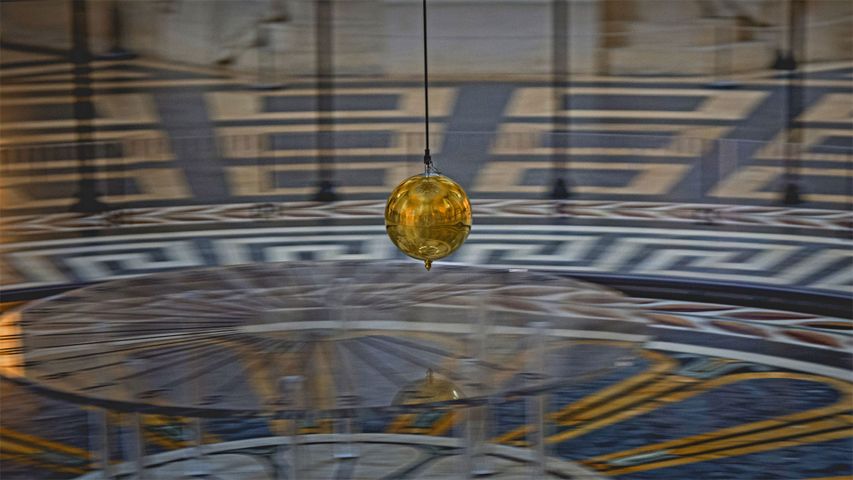 In 1851, when French physicist Léon Foucault performed his pendulum experiment in Paris, he became the first to prove what many scientists of his day already suspected - that the Earth spins on an axis. He conducted his first experiments 170 years ago, in early January 1851, with a relatively small prototype in the cellar of his home. Just a month later, Foucault performed his most famous pendulum demonstration, using a 28-kilogram spherical weight attached to a 67-metre wire, which was hung from the dome of the Panthéon, a Parisian monument.

As the pendulum swung back and forth in a fixed plane over a compass-like circle of sand below it, onlookers watched as the circle rotated. This in turn demonstrated that the Earth itself was rotating underneath it, and by extension, everyone watching was rotating as well, spinning on the surface of the great blue marble around its axis. All these years later, replicas of Foucault’s pendulum can still be found in museums around the world, continuing to demonstrate this elegant scientific proof. The pendulum seen here, an exact copy of the original, has been on display in Paris since 1995.