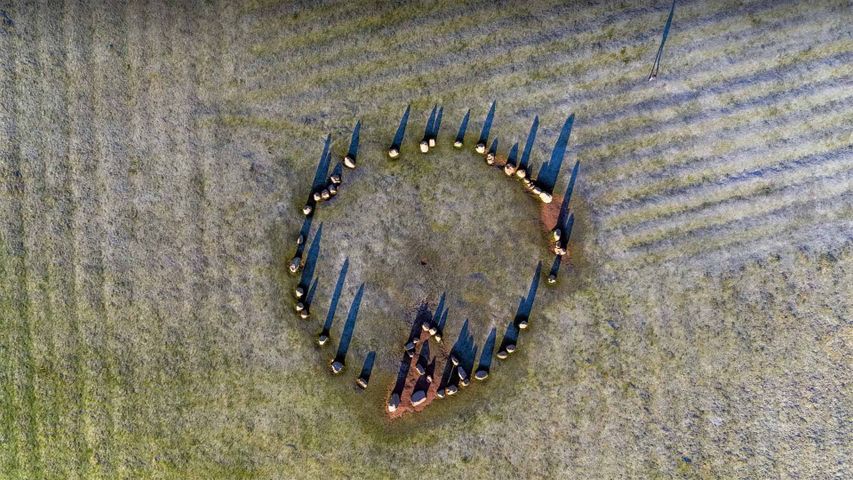 Shadows on the solstice

Somewhere between 4,500 to 5,000 years ago, ancient Britons dragged as many as 40 giant stones onto this grassy plateau in what is now the Lake District National Park in Cumbria. They grouped them into the stone circle at Castlerigg, seen here casting shadows from the low winter sun. Archaeologists believe stone circles were arranged to align with solar and lunar positions. They were used in elaborate rituals to celebrate occasions like today’s winter solstice, the shortest day (and longest night) of the year in the Northern Hemisphere.

Castlerigg is believed to be one of Britain’s oldest stone circles (of which there are hundreds), built somewhere between 3,000 BCE and 2,500 BCE, around the same time as work began on Stonehenge. And while it’s not as well-known as its famous counterpart in Wiltshire, its panoramic views of the neighbouring Blencathra, Helvellyn and Skiddaw mountains make it arguably the most dramatically situated and scenic of them all.

For those of you complaining about the short, cold days of winter - good news! After today, the hours of daylight will steadily lengthen, and in six months we’ll have swapped places with the Southern Hemisphere and will enjoy long, warm days once again.

A grey squirrel peeking out of its den