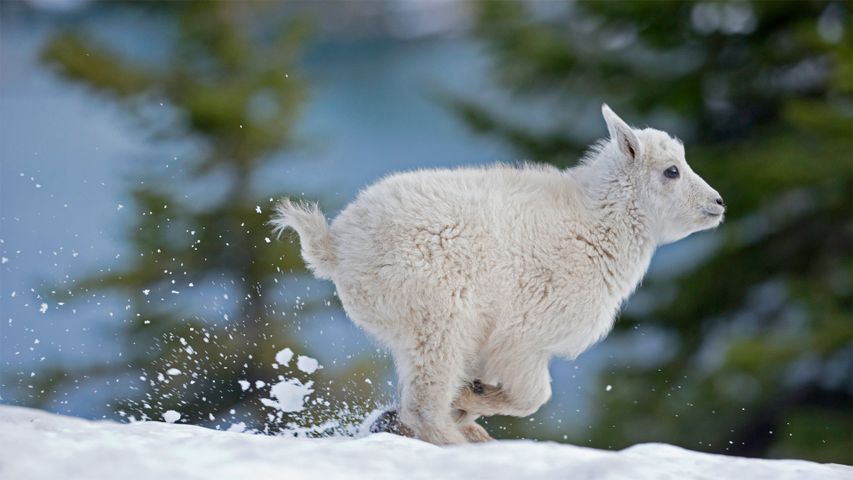 Dressed for a day in the snow

Native to North America, mountain goats live much of the year scaling peaks from southcentral Alaska down to the northern Rockies. They tend to live at high altitudes, often above 3,900 metres, where their sure-footed climbing ability allows them to clamber up extraordinarily steep, rocky slopes. In the winter, they'll migrate down to slightly lower elevations to seek shelter in subalpine forests with south-facing rocky ledges, where the sun and relentless winds keep ice to a minimum. Here, they forage for lichen, mosses, grasses, and other wintery greens. Their woolly, two-layered coats keep them toasty as temperatures in the northern hemisphere dip, which is probably why even in the chill of the US state of Montana this young mountain goat - or kid - appears to be having a ball.