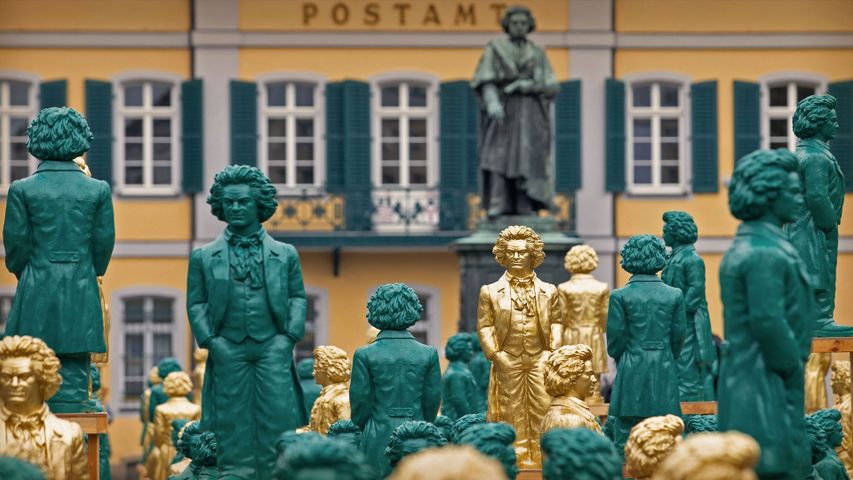 German composer Ludwig van Beethoven created melodies and harmonies we instantly recognize, even in this entertainment-saturated 21st century. Overcoming childhood abuse, hearing loss, romantic rejection, and bouts of depression and alcoholism, Beethoven channeled his stormy emotions into music that compelled audiences to viscerally feel what he felt. In the process, he helped end the regimented Classical era and usher in the Romantic period, where even the most flawed artists were sovereign.

This scene at Bonn's Münsterplatz features the city's enduring Beethoven Monument (at rear), seemingly swarmed by an additional 700 green- and gold-coloured Beethoven statues. Created by German conceptual artist Ottmar Hörl, the colourful statues were placed in the square last year in the run-up to the composer's birthday. Beethoven concerts and celebrations had been planned in Germany and around the world throughout 2020 in honour of this milestone anniversary. Most have been pushed to next year due to the coronavirus pandemic, but with a quick Bing video search for your favourite symphony or sonata, you can join the world in appreciating Beethoven's radical creativity.