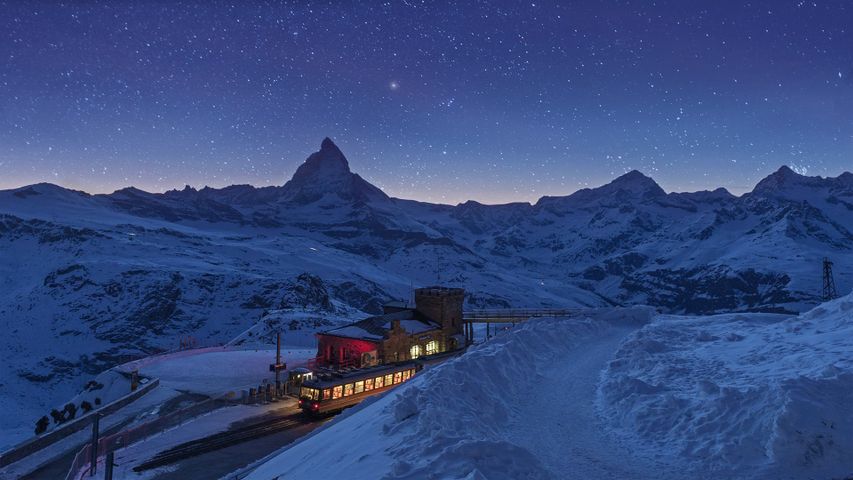 When it comes to beautiful winter scenery, Switzerland is hard to beat. We're looking at the Gornergrat railway with the peak of the Matterhorn in the background. One of the last great peaks of the Alps to be climbed by humans, the Matterhorn was finally summited in 1865, capping off the decade or so that's been called the 'golden age of alpinism.' The iconic peak is a daunting pyramid of stone and ice, towering just inside Switzerland’s border with Italy.

The train goes from the village centre in Zermatt (at an altitude of more than 1,500 metres) to Gornergrat (over 3,000 metres) in 33 minutes, offering incredible views along the way. The train debuted in 1898 as the world’s first fully electric cog railway, connecting three existing hotels. The new attraction helped to make Zermatt a popular tourist destination, and by the time the railway began winter operations in 1928, this corner of the high Alps had become a glamorous year-round vacation hotspot.