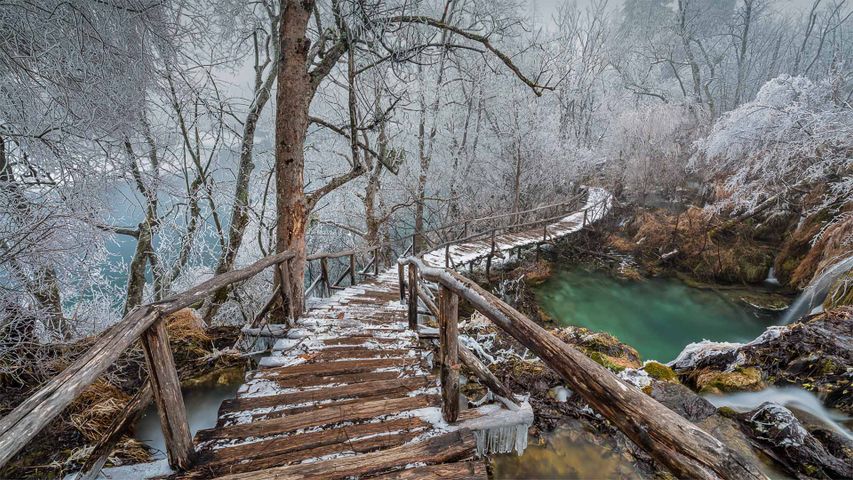 Today we're walking out into the winter wonderland of Plitvice Lakes National Park, the oldest and largest national park in Croatia. More than a million tourists per year flock to this central mountainous region, renowned for its cascading waterfalls and 16 turquoise-coloured lakes. These wooden pathways meander for miles around and above the lakes, beside waterfalls and over streams and rivers, which disappear into the moss-covered earth only to burst through again somewhere downstream. In fact, the lakes are all interconnected by underground flows and are separated from each other by natural dams of travertine.