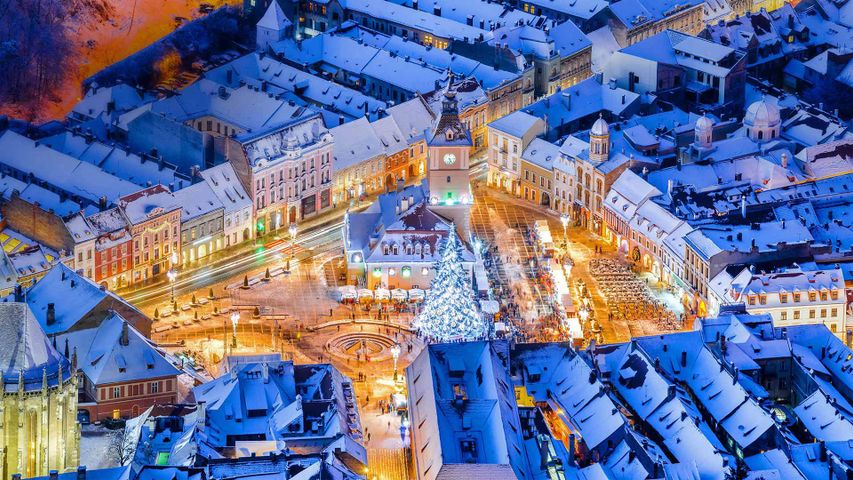 Nestled at the foot of Mount Tampa in the southern Carpathian Mountains of Romania, Brașov is a wonderful example of medieval Europe’s intersecting cultures. Founded by Teutonic Knights, settled by Saxons and Hungarians, influenced by the Ottoman Empire, the Tartars, and the native Romanians, the city’s Gothic architecture and unique cuisine reflect its rich history. The city's Christmas market is held throughout the month of December and is dominated by a 27-metre-tall, live Christmas tree. The market's numerous stalls feature food, drink, and local crafts. The festival is known as 'Braşov - the city from the tales', perhaps because legend has it that this square is where the children of Hamelin emerged after being led away by the Pied Piper. However you arrive, it’s a magical place to drink a cup of cheer and toast to your Romanian hosts with a hearty 'Noroc!'