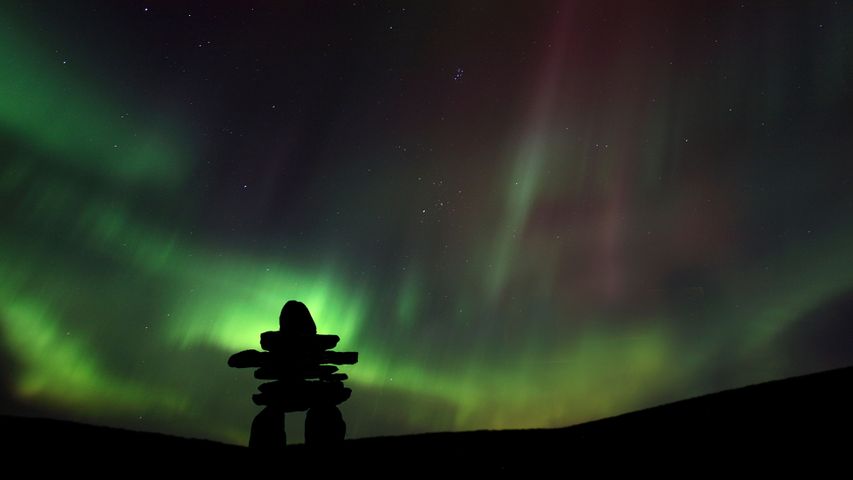 A symbol of culture and communication

In Arctic Canada, an inukshuk is a monument that is built and placed by the Inuit who were the first people to inhabit the region. It is used as an aid for navigation, hunting tasks and sits as a centre for communication as well. An Inukshuk is made of stacked stones and is an integral part of the Inuit culture. Every stone in the structure has a purpose. It could be a warning of danger, pointing to a fishing spot or even indicating where food is hidden. Since the Inukshuk serves as an important form of communication, destroying one is strictly prohibited in Inuit culture.

The human-like stone figure pictured here is commonly mistaken to be an inukshuk. The Inuit call it inunnquaq, which refers to ‘in the likeness of a human.’ This structure consists of a figure that resembles a human with arms, legs and a head. While it doesn’t necessarily serve the same purpose as the inukshuk, it stands as a popular cultural symbol that was also used as an emblem for the 2010 Winter Olympics in Vancouver.