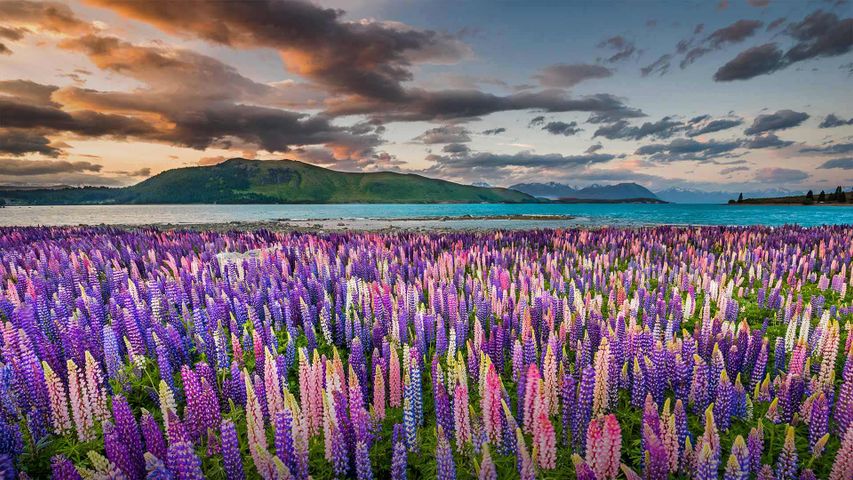 Lupines—or 'lupins' as they're generally called here in New Zealand—usually hit peak bloom around mid-to-late November in the Mackenzie region of the South Island. This image shows the burst of color along the shores of Lake Tekapo, famed for its annual lupin blooms. The colorful carpets of purples, pinks, blues, and whites along waterways and roads look stunning, drawing tourists to the area, and locals appreciate the economic benefits that come with these visitors. But lupins hail from North America, and in New Zealand, they're considered invasive species that crowd out native flora, ruining the habitat for birds like the wrybill, banded dotterel, and other species that live along the waterside.

Beloved by some, rued by others, lupins are said to have taken hold here thanks to local resident Connie Scott. As the story goes, back in the 1950s, Scott scattered lupin seeds along a main highway to add some color to the barren landscape and the blooms have been spreading ever since. Scott's remembered these days as the 'Lupin Lady.' A beautiful legacy? Suppose it depends on your point of view.