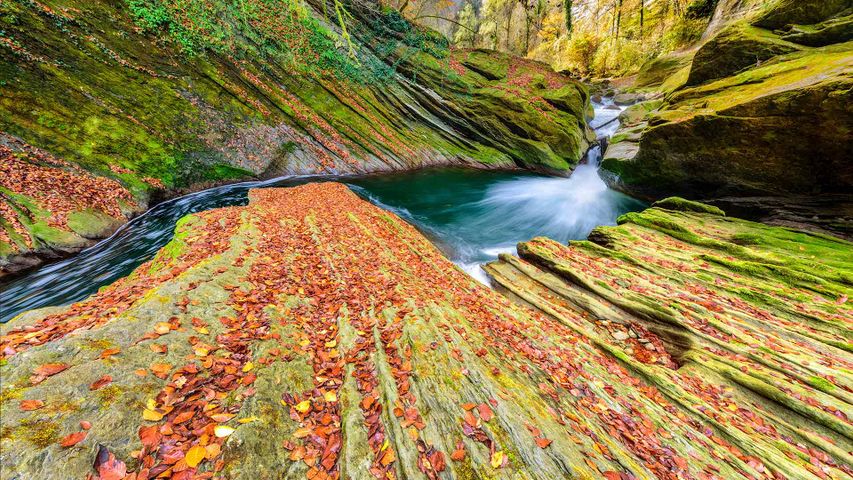 Where gold is mined in France

Autumn has settled on the banks of the Chéran, a river of the Northern Prealps, emblematic of the Albanian, a small region of Savoy. Nicknamed "the pearl of the Bauges" because of its remarkable character and the beauty of the landscapes it crosses, this mountain stream is conducive to many activities, including one you don't expect!

Gold can be found in other places than Western America! Men have been practicing gold mining in the Chéran since the Romans; the 24-carat river gold is one of the purest in the world and has been mined since the Middle Ages. However, the inhabitants of the region are confident there’s no risk of a phenomenon similar to the American gold rush; the precious metal is present only in small quantities in the riverbed and it takes a lot of effort to harvest some glitter.