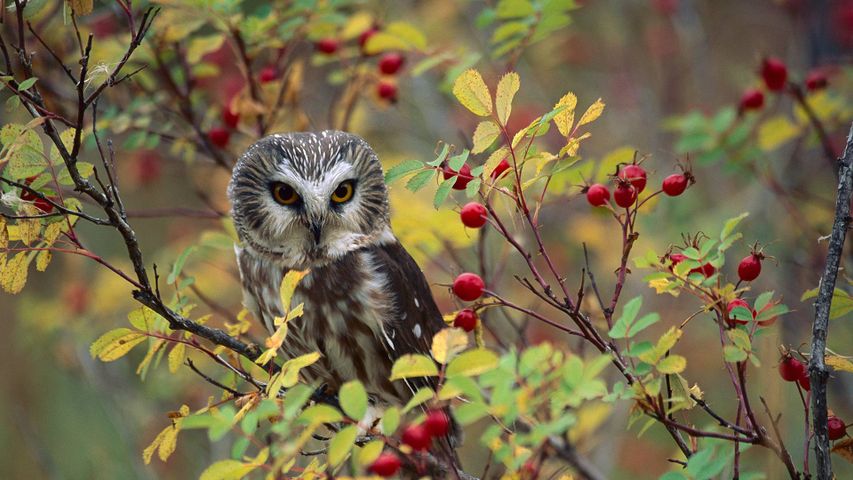 Hard to spot but easy to hear, the Northern Saw-whet Owl is among the most common owls within North America. About 20 centimetres in length and weighing under 150 grams, it is a relatively small bird. It can inhabit a range of habitats and can breed in deciduous as well as coniferous forests. Truly nocturnal, the Northern Saw-whet Owl gets active at dusk and almost entirely preys on small mammals. It gets its name for its distinct whistle which is reminiscent of the sound of sharpening a saw on a whetting stone.

Rangoli and lamps during Diwali festival in India