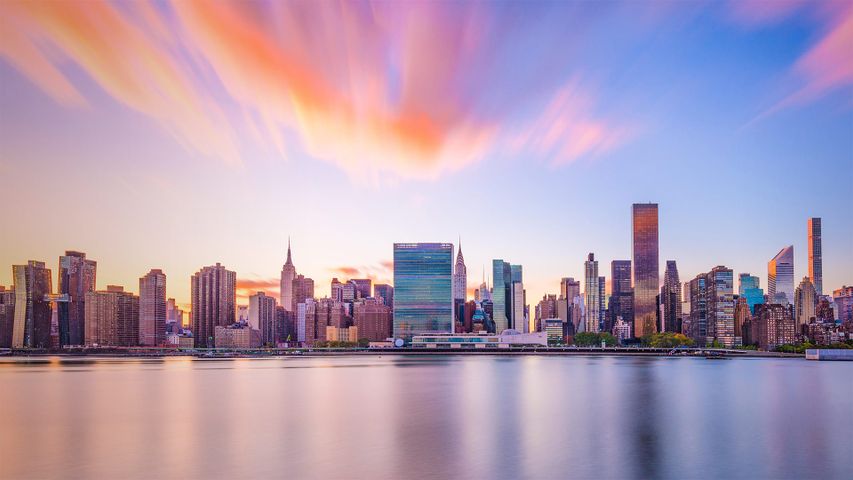 We're looking at the New York City skyline with the U.N.'s headquarters in the middle for United Nations Day, marking the anniversary of the date when the U.N. Charter entered into force. This year is a milestone 75th anniversary of the United Nations, which replaced the League of Nations as the world's largest and most powerful intergovernmental organization. To mark the occasion, the U.N. launched its UN75 global dialogue initiative in January, and discussions have taken place around the world in settings ranging from classrooms to the U.N. General Assembly. COVID-19 has made some of these events a logistical challenge, but it's also highlighted the need for countries to work together to face global issues. The U.N. website allows anyone to participate, with toolkits for dialogue, issues briefs, and other resources.