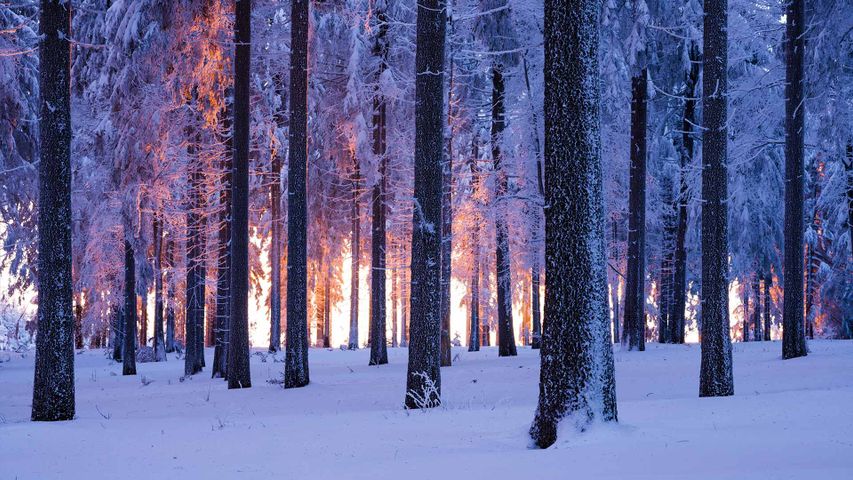 Bit early for snow isn’t it? Here in the UK maybe, but winter is permanent in Narnia – the magical world in CS Lewis’s classic tale - when four children unexpectedly arrive there after stepping into a wardrobe. Narnia’s inhabitants, including talking animals and mythical creatures, are suffering under the rule of the White Witch – until the children’s arrival brings hope her reign may be coming to an end.

The Lion, the Witch and the Wardrobe was published 70 years ago today - the first in a series of seven Narnia books (although one was a prequel). CS Lewis has said the image of a faun carrying an umbrella in a snowy wood had been with him since he was 16 – but he was 40 before he tried to make a story about it. It all came together when he dreamed up the titular lion, Aslan, whose story reflects the strong Christian themes in the book. Not everyone is a fan – Lewis’s friend and fellow writer JRR Tolkien is said to have disliked it – and it was not guaranteed to be a bestseller back in 1950 when fantasy stories for children were not so popular.

But there’s no arguing with its success – it went on to sell tens of millions of copies, has been translated into 47 languages, spawned a prequel and five sequels as well as audio books, theatre and film adaptations. Its blend of Biblical themes, mythology, fairytales and folklore have made it a classic fantasy book that continues to be a favourite with children worldwide.

A boat in the Ganges river at Varanasi, India