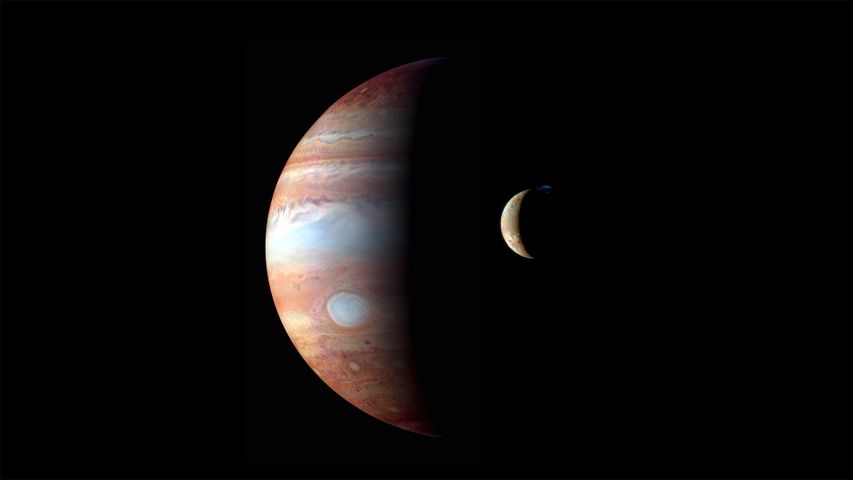 To celebrate World Space Week, we’re featuring this montage of images of Jupiter courtesy of the New Horizons probe’s flyby of the planet in 2007. If Jupiter looks a little different than you’re used to seeing, it’s because it was imaged using the space probe’s near-infrared imaging spectrometer. In this false-colour image, Jupiter’s high-altitude clouds, like its stormy Great Red Spot, are rendered white, while deeper cloud formations take on reddish hues. The planet's innermost moon, Io, is captured in a true-colour composite image during one of its frequent volcanic eruptions. A close look will show lava is glowing red beneath the blue and white plume of particles being ejected into the moon’s thin atmosphere.