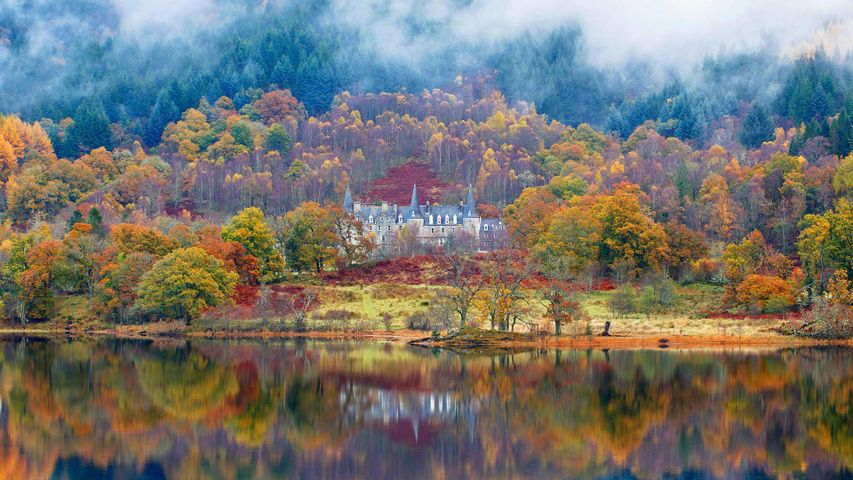 You can see why Loch Achray, in the heart of Loch Lomond and the Trossachs National Park, is such a popular spot with photographers. Those still waters serve up plenty of opportunities for the perfect shot of reflected woodlands, neighbouring hills Ben A’an and Ben Venue and the Victorian grandeur of Tigh Mor, sometimes referred to as the ‘big house in the Trossachs’.

Loch Achray is one of 22 larger lochs in Scotland’s first national park. Others include its namesake, Loch Lomond, Britain’s largest freshwater lake, and Loch Katrine, which inspired Sir Walter Scott to pen his epic 1810 poem The Lady of the Lake.

Tigh Mor sits about a mile east of Loch Katrine and was well situated in the 19th century to pick up passing trade from tourists en route to see the famous loch. When it was built as a hotel in 1849, it had a fairytale-like appearance with its imposing towers and ‘candle snuffer’ coned roofs. Despite later additions, and a restoration in the 1990s which saw it turned into holiday accommodation, it still has the look of an enchanted castle about it, especially when shrouded in autumnal mists.