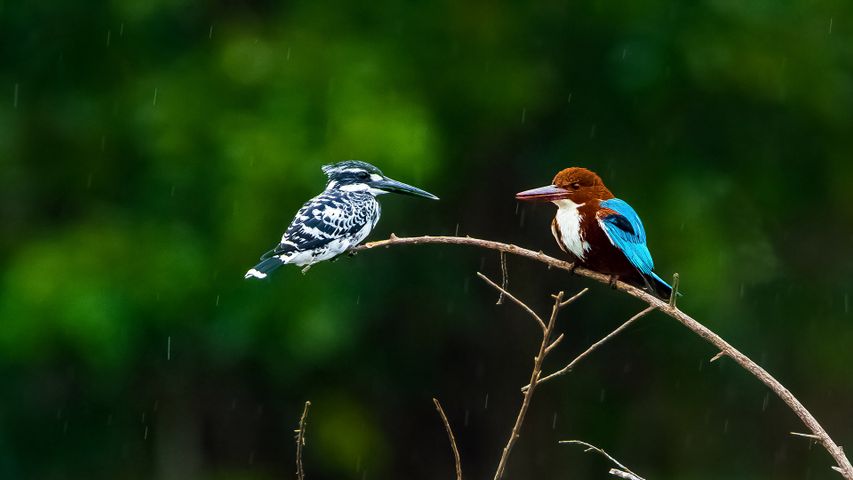 Kingfishers at the Nagarahole National Park

These two kingfisher birds seem to be enjoying a mild drizzle in Karnataka’s Nagarahole National Park. The little brightly-coloured birds consist of 144 subspecies! All of them are marked by their short legs and large heads with stubby tails. They usually get their prey by swooping down from a higher position, hence the name kingfisher – although they don’t just eat fish, but also small invertebrates. A few sub species are in threat of extinction. However, the two in our homepage image continue to live strong in Karnataka!