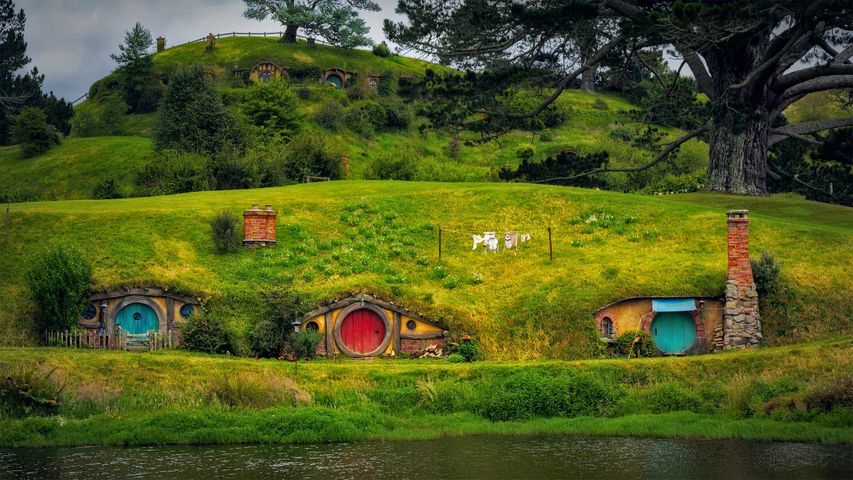 Today is Hobbit Day, marking the anniversary of the 'Long-expected Party,' which sets in motion the 'Lord of the Rings' book series. September 22 is the birthday of both Bilbo and Frodo Baggins, the protagonists of 'The Hobbit' and 'The Lord of the Rings' respectively.

Fans of the film adaptations of those stories will have no problem identifying today’s image as Hobbiton in the Shire (though it is actually a set built in the countryside near Matamata on New Zealand's North Island.) You can celebrate Hobbit Day by walking around barefoot all day and having seven meals like a hobbit, or just by watching (or re-watching) any or all of the six films in the series. It would be only fitting this year since the stories chronicle a mythological struggle between darkness and light and today is the autumnal equinox.