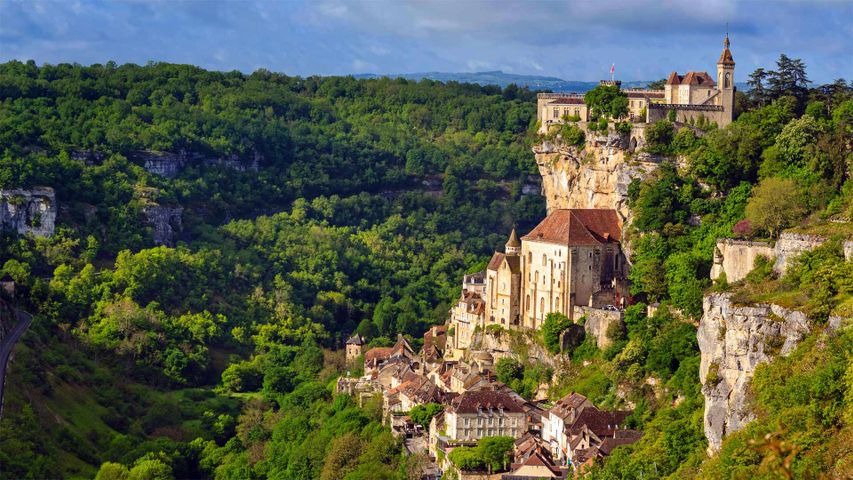 A city, a cliff, a canyon… and cheese

Gazing down the lush Alzou river valley at the vertically-oriented village of Rocamadour, you won't be surprised to learn that some regard the medieval French town as a holy site: Its beauty alone is mystical. The gorges of southwestern France are home to numerous striking historic hamlets built along and atop their steep edges. But Rocamadour is special as a stop for thousands of pilgrims on the Way of Saint James, a UNESCO-recognised traditional route through France and Spain that still draws travellers both pious and secular. The town's cliff-top sanctuary and the black-painted Madonna statue within have been purported to have healing powers. If you're drawn to more earthly sources of good health, though, Rocamadour also lends its name to a delicious, locally crafted goat cheese.