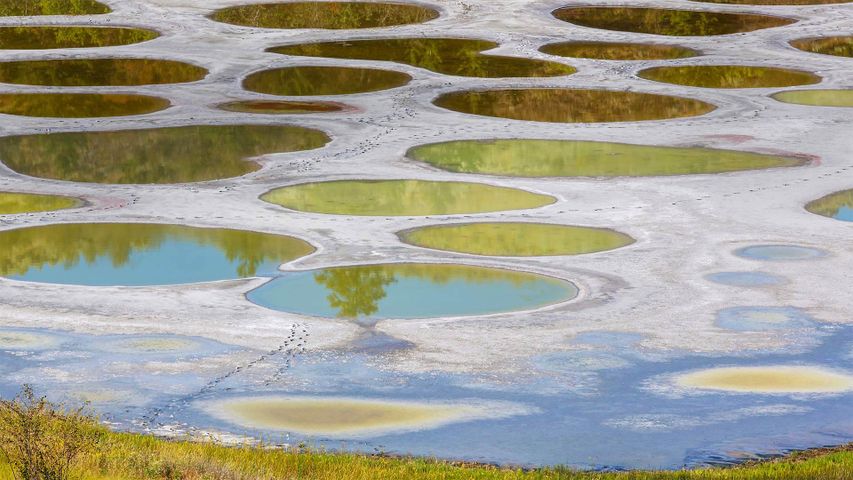 This might look like the surface of some distant planet, but Spotted Lake is a natural phenomenon found just north of the USA’s border with Canada. Found in the Okanagan Valley of British Columbia, the lake's strange complexion is due to a high concentration of minerals. It's a protected cultural site of the indigenous Syilx/Okanagan Nation, and is revered as a place of healing.

Spotted Lake is an endorheic lake, which is a basin where water collects but has no river or sea to drain into. The water level rises with rainfall during autumn and winter and then, as the days grow longer and hotter, the water lowers as it evaporates. During the hot, dry summers, Spotted Lake earns its name: Large 'spots' in varying hues of blue, green or yellow become more prominent as the water level drops. The area's closed to the public, but you can get a decent view from the road. Binoculars recommended.