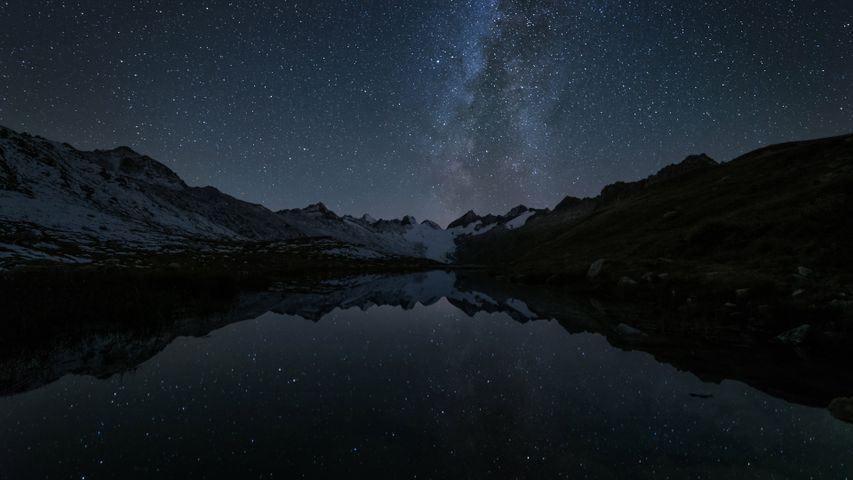 We’re featuring this video of the whirling Milky Way over Totensee, a small natural lake in Switzerland, to remind you that August is a fantastic time for stargazing. In the Northern Hemisphere, the nights are still long and (usually) warm, so if you’re lucky you may catch sight of a falling star. Tonight would be a good night to look for one because we’re at the tail end of the annual Perseid meteor shower. Like most predictable meteor showers, it occurs when the Earth’s orbit intersects with the long elliptical path of one of the millions of comets that orbit the Sun. It is called the Perseid meteor shower because the bulk of the meteors appear to come from the constellation Perseus. So, turn out the lights, head outside and look up!

Farmland in the Palouse, Washington, USA