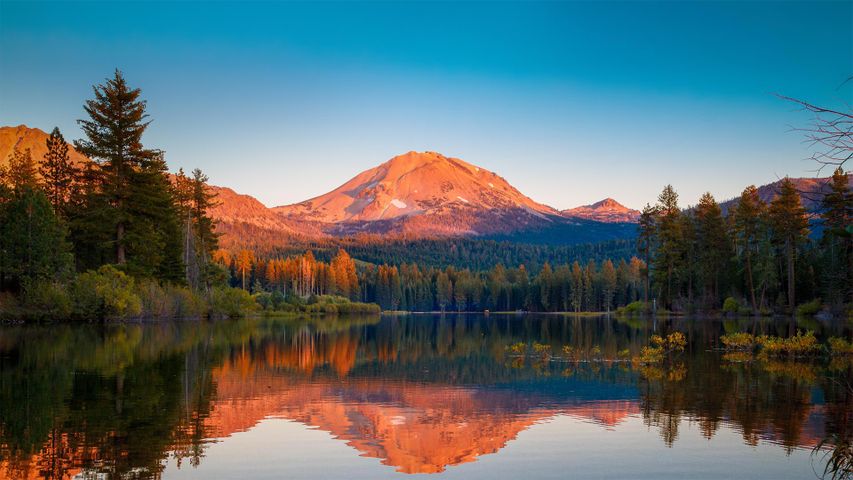 A peek at an explosive peak

We're looking at Lassen Peak, a volcano also known as Mount Lassen, and its reflection in Manzanita Lake. This stunning scene can be found in northern California's Lassen Volcanic National Park, which was established on this day in 1916. The volcano erupted between 1914 and 1917 (with some activity as late as 1921), but these days the surrounding area is a calm destination of trails, lakes, and stark lava beds. The park also includes acres of mud pots, hot springs, steam vents, and fumaroles to remind you of the heat that's below you, including Boiling Springs Lake—one of the largest boiling lakes in the world at over 150 metres wide.