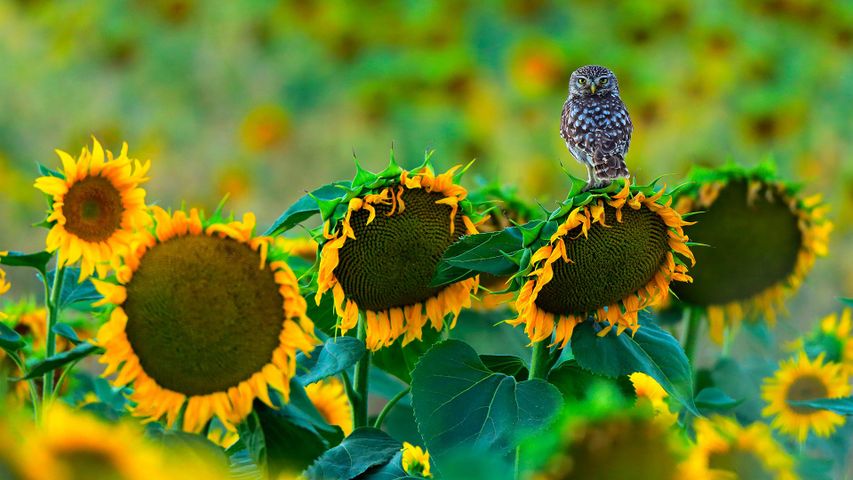 The gaze of wisdom

This rather intense stare comes to you courtesy of a little owl (Athene noctua), easily recognisable by its striking yellow eyes and mottled brown and cream feathers. Often spotted on top of fence posts, its diminutive size allows it to perch on sunflowers too. Here in the southern Spanish province of Cádiz, Andalusia, they are part and parcel of the rural landscape – there are thought to be about 50,000 pairs across Spain. These small, stern looking birds can be found in the UK too, where they were introduced in the late 1800s, often nesting in rock crags, rabbit holes, tree cavities and farm buildings.

The little owl is connected to the Greek goddess of wisdom (and war) Athena and her Roman counterpart Minerva. So while owls generally are seen as being wise – this one has long had a reputation for being particularly astute.