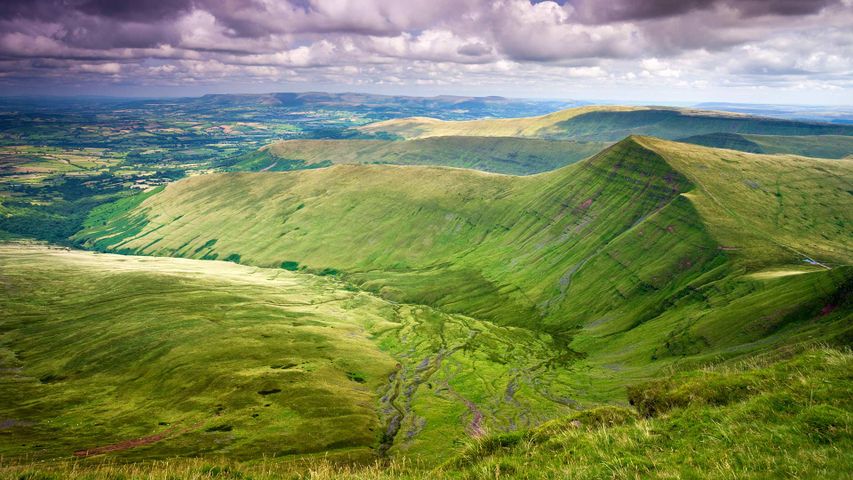 The view from Pen y Fan

Welcome to the steep sides and sweeping views of the Brecon Beacons, specifically the peak of Cribyn, as seen from Pen y Fan, the highest mountain in southern Britain. The topography of Brecon Beacons National Park was carved out in the last Ice Age, when glacial erosion helped shape those long, steep escarpments from Old Red Sandstone deposited here more than 400 million years ago. At 2,608ft Cribyn is about 300ft shorter than its larger neighbour, but, alongside Corn Du, forms part of a dramatic skyline offering breath-taking views across south and mid-Wales all the way into south west England, for those who make the journey to the top.

The Brecon Beacons peaks make up the central section of the wider national park, which also boasts the Black Mountains to the east and the, similarly named, Black Mountain to the west, not to mention the upland Fforest Fawr area, whose geological landscape is considered so important it has been designated as a Unesco geopark.