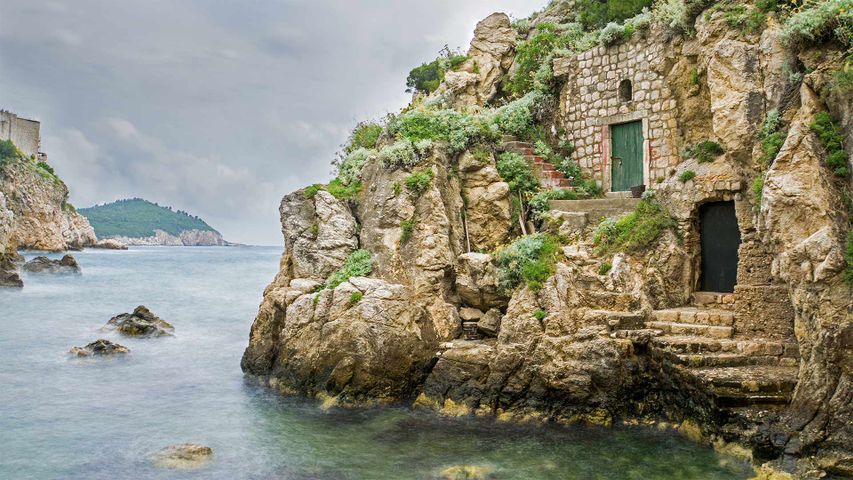 The stairs in today's photo lead to Fort Lovrijenac, an 11th century fortress jutting out into the Adriatic Sea just outside the walled city of Dubrovnik. 'Game of Thrones' fans will recognize these doors as an entrance to dwellings in the fictional city of King's Landing. Legend claims that when the fort was built on this rocky coastal outpost in the early 11th century, it took just three months to construct. The locals, of what was then Ragusa, knew they had limited time before their rivals, the Venetians, would arrive to build their own outpost and rule over them. According to 'The Chronicles of Ragusa,' the plan worked–the fort was completed just as the surprised Venetians arrived in ships heavy with supplies.

As the centuries marched on, Fort Lovrijenac was reinforced and added to until an earthquake in 1667 nearly destroyed it together with the rest of the town. What would eventually become Dubrovnik, was rebuilt as was the fort, complete with an inscription above the gate that translates to ‘Freedom is not to be sold for all the treasure in the world.’ Today the walled city is a UNESCO World Heritage site, safeguarding much of the city's Baroque architecture as well as one of the oldest arboretums in the world.