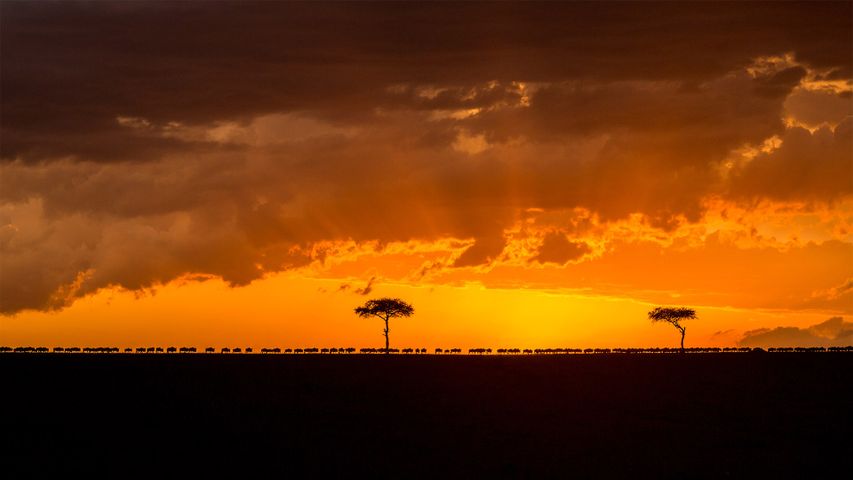 Each year, as many as 1.5 million blue wildebeest move through the Serengeti region of eastern Africa, travelling in a roughly 800-mile loop through Tanzania and Kenya as they chase lush, green grass and fresh water. When resources are depleted in one area, the animals move to another. Late summer often finds them in Kenya’s Maasai Mara nature reserve, shown on today’s homepage. The speedy wildebeest (the species can run at up to 50 mph) are not alone on their journey; hundreds of thousands of zebras, gazelles and elands accompany the herd. The great number of animals makes this phenomenon one of the largest land migrations on Earth, often called the World Cup of Wildlife.