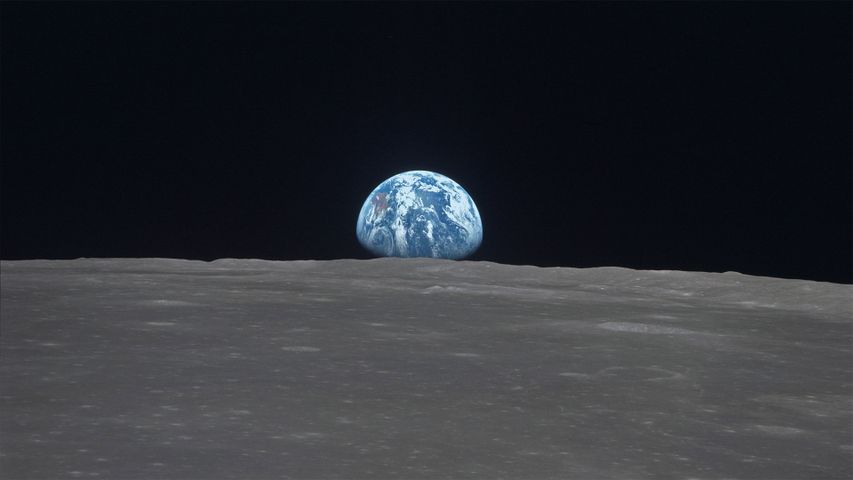 Only two dozen people have ever personally witnessed the Earth rising over the lunar surface: the crews of Apollo 8 through 17. Those 24 astronauts are also the only humans to leave low-Earth orbit and see the 'dark' side of the moon—and only 12 of them walked on its surface. We celebrate July 20th as Moon Day, the anniversary of Apollo 11’s Eagle lander touching down on the moon and the momentous first steps taken there by Neil Armstrong and Buzz Aldrin. Today’s picture of our big blue marble hanging above Mare Smythii was taken by one of the crew members of that mission 51 years ago today, but neither Armstrong, Aldrin, nor Command Module Pilot Michael Collins could recall which of them snapped the iconic shot.