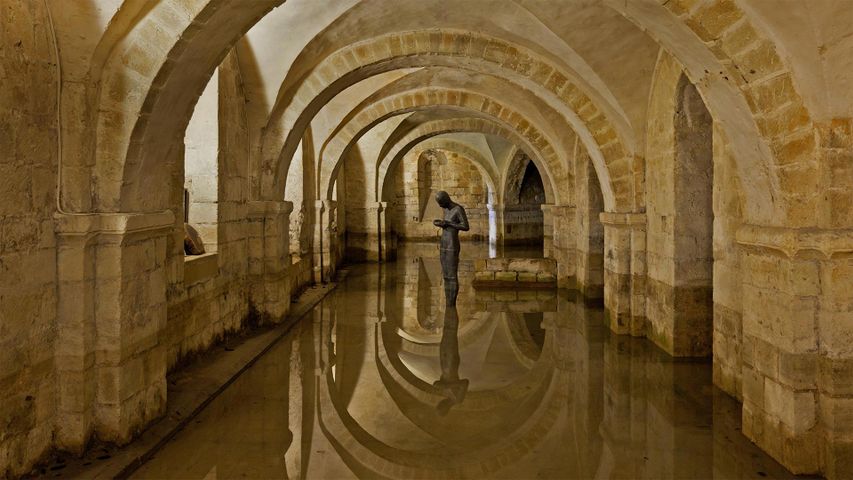 Who left the tub running?

'Sound II,' this sculpture by Antony Gormley, has stood here in the oft-flooded crypt of Winchester Cathedral in the south of England since 1986—not trying to get a plumber on the horn, but quietly standing guard and studying the water in its cupped hands. Elsewhere in the cathedral you'll find another notable statue: The likeness of William 'Diver Bill' Walker, a local hero who—for six years starting in 1906—worked alone in a heavy diving suit to shore up the increasingly flooded structure as it threatened to sink into the boggy soil beneath. Nowadays it's stable, but the lowest level still sees its share of standing water during rainy periods.

We're here on the feast day of Swithin (sometimes spelled Swithun), the 9th-century bishop who's now venerated as patron saint of the cathedral. But St. Swithin is most commonly name-dropped in an old weather proverb that begins, 'St. Swithin's day if thou dost rain, for 40 days it will remain.' It's kind of like the British Groundhog Day: If it rains on the nearby St. Swithin's bridge, expect another 40 days of deluge.