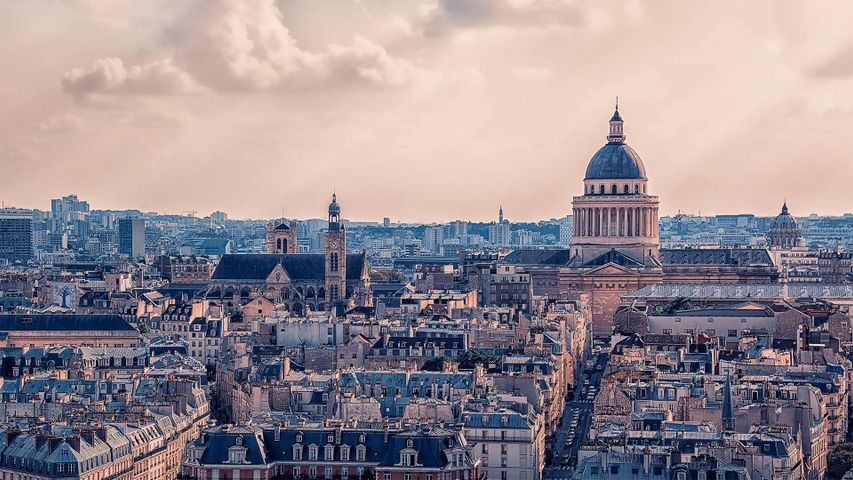 For Bastille Day, aka French National Day, we examine not the titular prison that was the site of the beginning of the French Revolution, but another building inexorably wrapped up in that powder-keg moment of French history. The dome in the upper right portion of this photo belongs to the Panthéon. Construction of the building—intended to be a church—began in 1758. But by the time it was completed in 1790, the French Revolution was in full swing and the new establishment decided that it should instead be used as a mausoleum for distinguished French citizens, which it remains today.