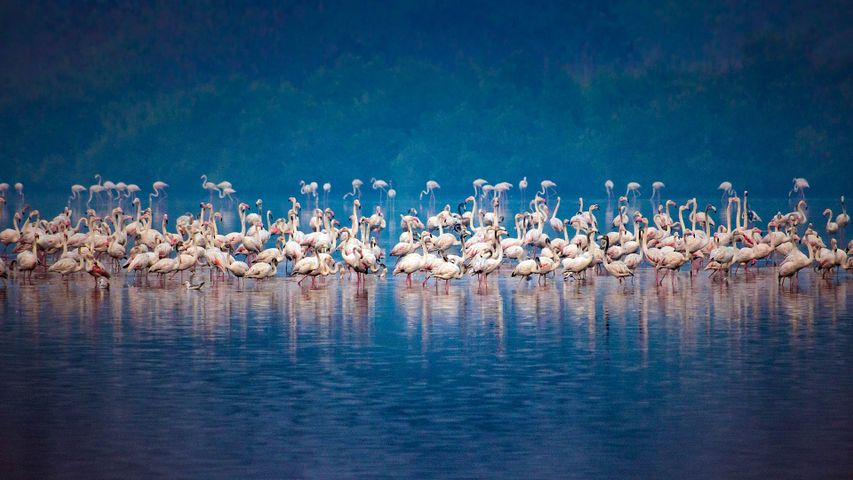 Migrating flock of flamingos in Mumbai

May of 2020 saw less than usual human activity in the city of Mumbai, much like the rest of the country. But that didn’t stop migrating Flamingos from making their annual pit stop in the city. In fact, this year, as many as 150,000 visited – with numbers continuing to grow, which is believed to be a record (around 134,000 were counted in 2019). A vast expanse of pink was seen over the metro water bodies, as the birds created a breathtaking sea of pink, more expansive than seen ever before.