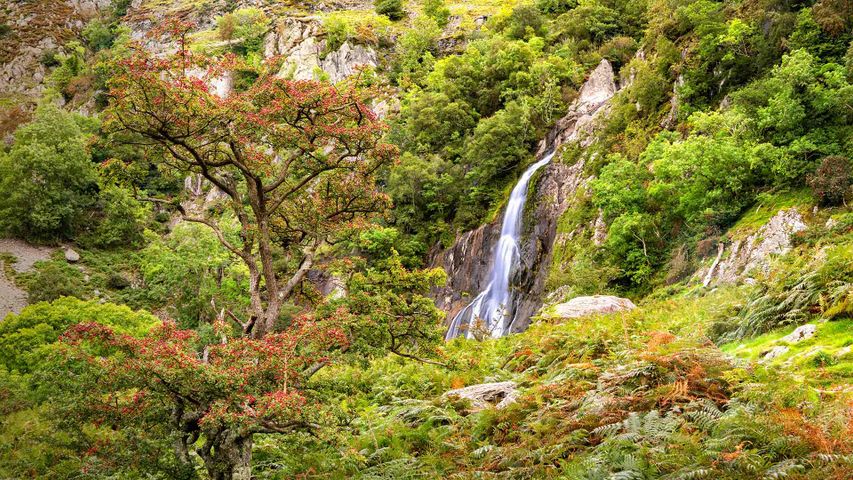 Crashing down a 120ft drop here in the foothills of the Carneddau mountain range, Rhaeadr Fawr (large waterfall in English) is among the most beautiful waterfalls in Wales. Also known as Aber Falls, this torrent of water marks the spot where the Afon Goch (Red River) plunges over the edge of dark igneous rock, falling in sheets of water down to the marshy area below.

This striking waterfall is situated in the Coedydd Aber National Nature Reserve, where woodland meets scrub, scree and open grassland. The spray from the waterfall helps mosses, ferns and plants thrive in rocky crevices near the gorge and there are plenty of birds to spot here, including peregrine falcons, buzzards and choughs. While it looks particularly lovely surrounded by greenery, the waterfall is said to be at its most spectacular after heavy rain in the winter. And if it is cold enough, it can freeze enough to attract ice climbers.