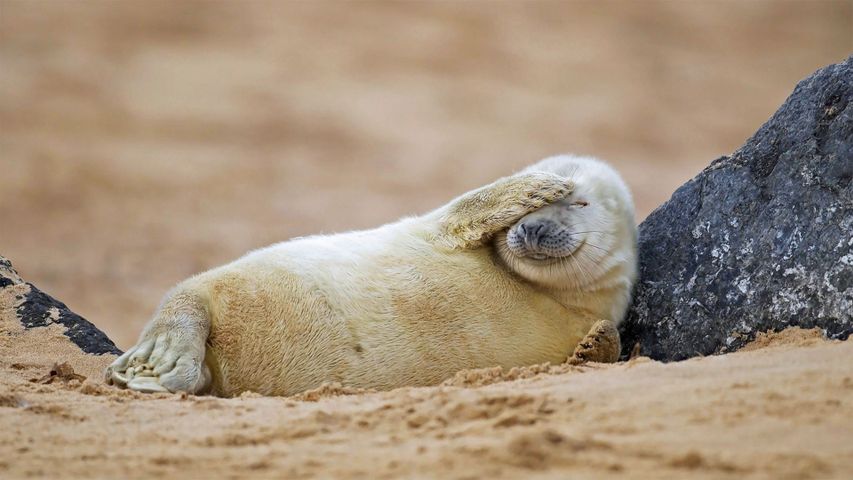 After looking at this adorable seal pup you may be surprised to learn that its Latin name translates to hooked-nose sea pig (or piglet, in this pup's case). Over 110,000 grey seals, more than 35 per cent of the world's population, make their home in and around the coastal waters of the British Isles. As autumn approaches, pupping season begins, and fuzzy pups—like the one photographed here—can be spotted on the coasts and beaches of the eastern Atlantic. About a month after the seal pups are born, they're abruptly weaned when their mothers return to the sea to hunt for food and find a new mate. The older pups then congregate for protection in groups called weaner pods. Within weeks they shed their thick pup fur and take to the sea to learn how to catch their own fish.