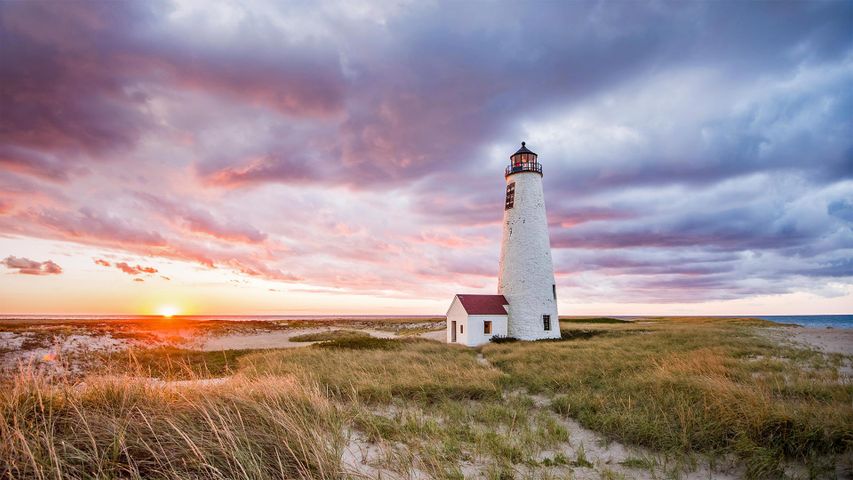 Nantucket is the island home of about 12,000 Americans. But venture to its sandy northern reaches, composed of narrow sand spits and only accessible via 4x4 vehicles, and you might not bump into many people on your way to this historic - and still very important - lighthouse.

The Great Point Light on the island's northernmost tip traces its origin to 1784, a time when Nantucket was world famous - not so much for appearing in countless (often bawdy) limericks, but as the epicentre of the US whaling industry. American novelist Herman Melville wrote that Nantucket whalers once controlled two-thirds of the globe's waters, and to get home, all those whaling ships had to navigate the perilous shoals between the island's north shore and nearby Cape Cod. This lighthouse was the solution, first in the form of a wooden tower that burned in 1816, then a stone version toppled by a storm in 1984. The current structure, built partly with materials from the previous one, was dedicated in 1986 and has been in official operation since.