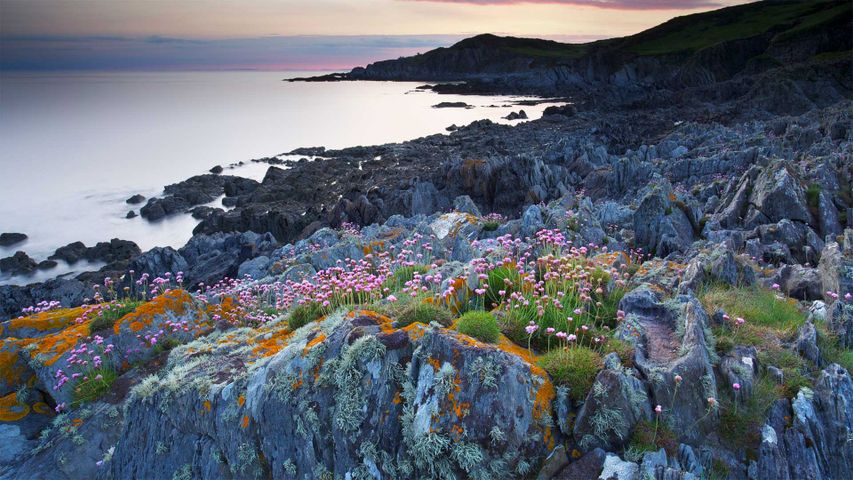 Wildflowers on the rocks

This breathtaking stretch of coastline near Bull Point in North Devon was once notorious for smugglers and wreckers, who would lure ships onto the rocks with misplaced lights and steal their cargo. That sort of lawlessness is a thing of the past but there is still plenty of drama on offer here, with sweeping views of towering cliffs, rocky headlands and sandy bays for those walking along the coast. Along these shores you can also spot colourful patches of wildflowers in the summer – but wildflowers generally have become a less common sight in the UK over the last century or so.

We have lost an incredible 97% of wildflower meadows since the 1930s, as land has been turned over to grow crops. Some once-common species like the crested-cow-wheat, spiked rampion and man orchid are so rare they can only be found at the edges of rural roadsides and small farms. The wildflowers pictured here, Armeria maritima, aka sea pink or sea thrift, continue to bloom among the rocky terrain. These pinkish blooms are native to coastal climates and flourish on the sides of cliffs.