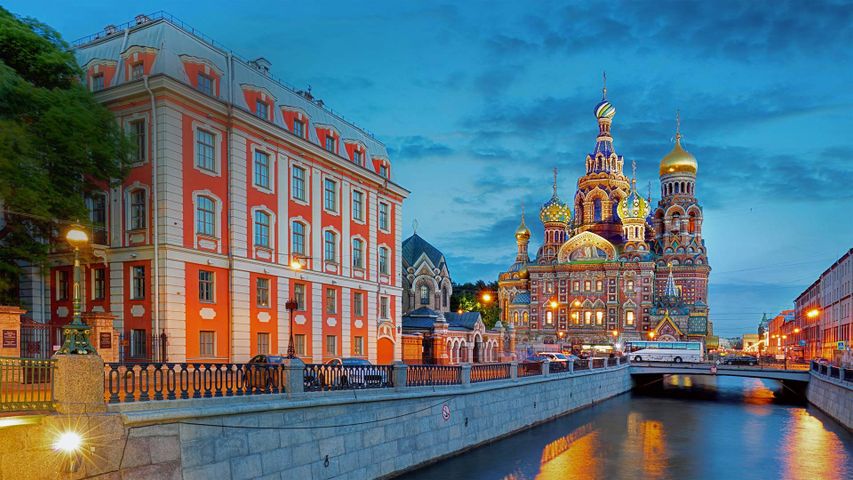 The Russian language classifies light and dark shades of blue as separate colors—which comes in especially handy if you venture north to Saint Petersburg in midsummer. The seaport metropolis sits less than 500 miles outside the Arctic Circle, so at the height of summer, the twilit 'blue hour' coveted by photographers lasts virtually all night long as the sun hovers just below the horizon. It's a phenomenon also dubbed the 'White Nights' and it usually lasts for around 80 days, starting in May and lasting until July.

This particular view peers past the dark blue ('siniy') waters of the Griboyedov Canal at the dramatically named Church of the Savior on Spilled Blood. Framed against a light blue ('goluboi') sky, the church's colorful exterior is almost as dazzling as the motley mosaics covering the walls inside. The Griboyedov Canal, cutting south and west through a district dense with museums, theaters, and parks, is part of Saint Petersburg's intricate system of man-made waterways that earned the city one of its nicknames: Venice of the North.