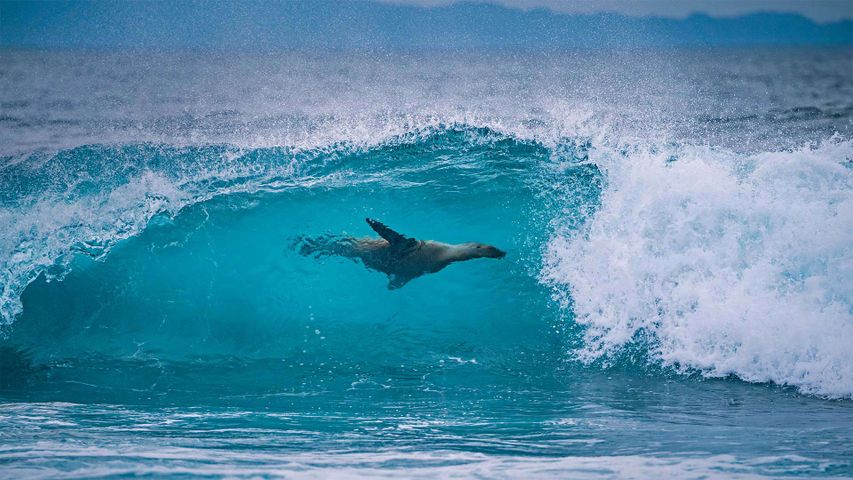 The Galápagos sea lion is found in two places in the world - its namesake locale and the Isla de la Plata just off the coast of Ecuador. They're often spotted playing and surfing in the waves. They're gregarious on land, too, sometimes even grabbing a snooze on a town bench. Although a common and beloved sight in the islands, Galápagos sea lions are endangered, and their numbers are susceptible to changes in ocean temperatures, which that can limit their food supply.

Enter World Oceans Day. Celebrated annually on June 8 and recognised by the UN, the holiday aims to focus global attention on the health of our oceans. This year's theme calls for world leaders to commit to protecting 30% of the seas and 30% of the land by 2030 to help ensure species diversity, like our friendly Galápagos sea lion, and safeguard life as we know it. #BigGoals

A plastic bag hovers underneath a breaking wave at the beach