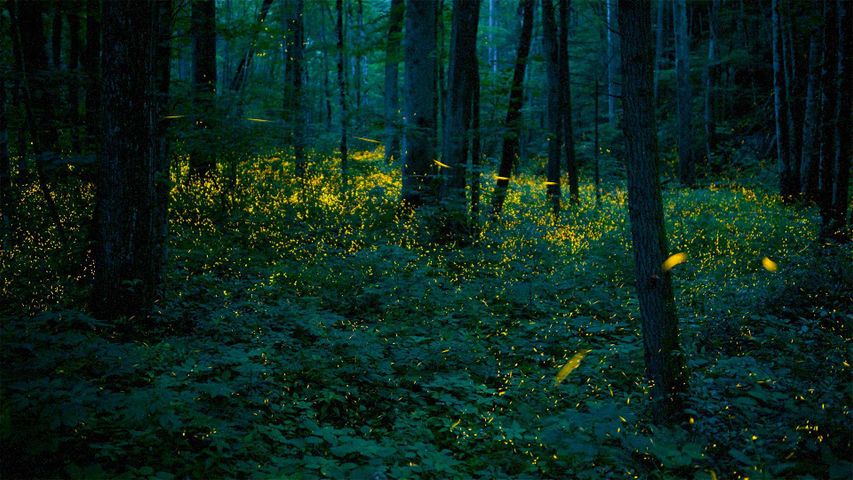 Every year between late May and mid-June, synchronous fireflies gather into a sparkling, rhythmic lightshow in the forests of Great Smoky Mountains National Park in Tennessee and North Carolina. As part of their two-week mating display, the female lighting bugs synchronize their flashes with nearby males so that every few seconds waves of light ripple through the woods. While Photinus carolinus is only one of at least 19 species of fireflies that live in Great Smoky Mountains National Park, synchronous fireflies can be found in a few other places on Earth as well, particularly in Southeast Asia.

Each species of firefly has a characteristic flash pattern that helps the males and females recognize each other. In most species, like this one, the males fly and flash, while the females generally stay still and respond with a flash of their own. It's not clear why some species of fireflies flash synchronously, although some hypotheses involve diet, social interaction, and altitude. No matter why they do it, the flashing of lightning bugs is a magical sight to see—and we can all use a little magic sometimes.