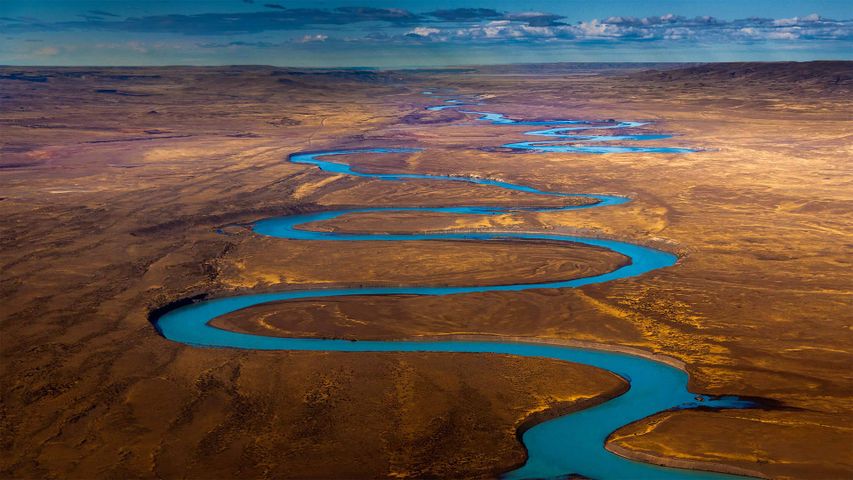 Snaking east from the Andes mountains to the Atlantic Ocean, the mighty Santa Cruz river in Argentina's Patagonia region flows over some of South America's sparsest terrain. Over the centuries, some of history's most notable explorers have been drawn to this winding waterway: Ferdinand Magellan's 1520 expedition discovered its coastal delta, while Charles Darwin (on the same voyage that took him to the Galápagos Islands) studied the area's ecosystem during a gruelling 1834 trip. Even now, very few settlements exist along the 240-mile course of the Santa Cruz, considered the last major free-flowing river in Patagonia.

For the Cricket World Cup, a cricket-themed sculpture at Yorkshire Lavender