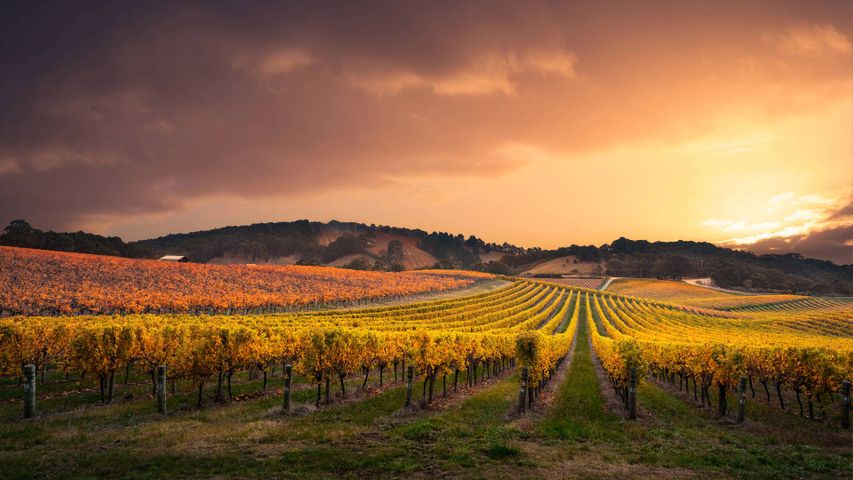 Today we’re transporting you to the peaceful surrounds of the Adelaide Hills region - an area well known its production of tasty wine and stunning sunsets. In fact, there are more than 60 wineries spread across the Adelaide Hills, ranging in specialisations from chardonnay to shiraz. But it wasn’t always this way: because it was settled as a free “non-convict colony”, South Australia originally attracted shiploads of English, Scottish and Irish farmers keen to put down roots and work at building their own fortune.

It wasn’t until the late 1830s that the first South Australian Vineyard was planted by settler John Barton Hack, but in the years that followed, many other vineyards followed suit – steadily growing to a total of 225 grape growers between 1840 and 1900. Although many early vineyards and wineries unfortunately went bankrupt, the Hills saw an eventual revival in the 1970s and ‘80s, and has now become an ideal spot for small artisan winemakers to craft European-style varietals.

Burano, in the Venetian Lagoon, Italy