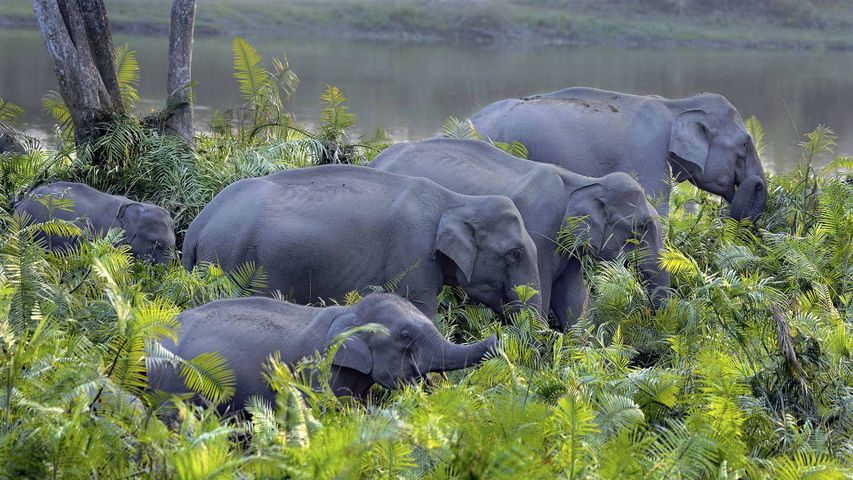 Asian elephants on the banks of the Brahmaputra

These Asian Elephants are enjoying a stroll on the banks of the Brahmaputra in Assam. The Elephas maximus, or Asian elephant is the only surviving species of the genus Elephas. Common to Southeast Asia, these are also the largest living creatures of the region – the males being around nine feet tall and females averaging just under eight feet. Considered an endangered species since 1986, the population of the Asian elephant has declined by 50 per cent over the last seventy-five years - the two main challenges being loss of its natural habitat, and poaching.