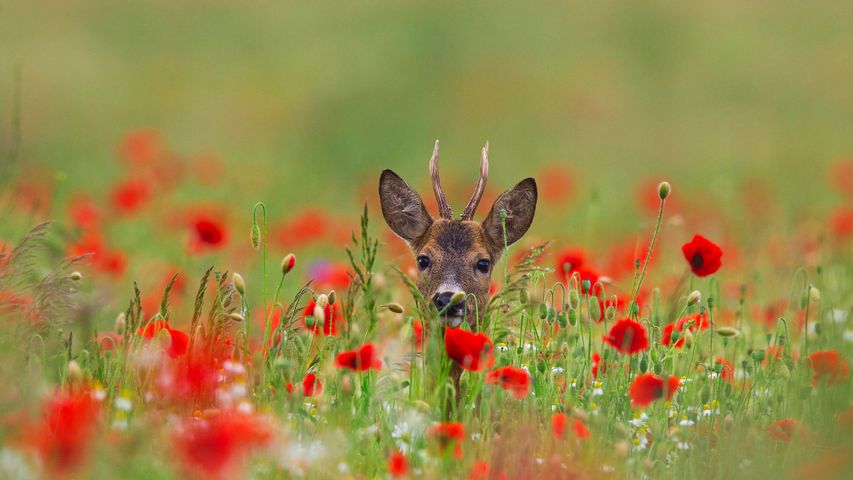 Out of the woods

This male roe deer is a common sight in woodland across mainland Britain. Graceful and nimble, they can turn quite a speed if startled, leaving just a glimpse of their bobbing white rumps behind them. You’re most likely to spot them at dusk or dawn, as they wander out from woods into open spaces. Males, known as bucks or roebucks, shed their antlers around October after the mating season but soon start growing them again, in time for the next “rut” the following summer, when they clash over females. Their coats change over the course of the year too, from bright rusty red in the summer to a duller slate grey in the winter months. Fawns, which are born around this time of year, have spots which fade as they get older.

Roe deers have been part of British woodlands for thousands of years but by the 19th century they had disappeared from much of the UK, probably due to over-hunting. However, numbers are now thought to be at a 1,000-year high after being reintroduced from Europe (the roe deer’s historic predators, such as the lynx, no longer exist here). Look out for small hoof prints in soft ground, disturbed earth and vegetation where they dig and scrape their hooves and damage to small trees, where they rub on low-hanging branches.