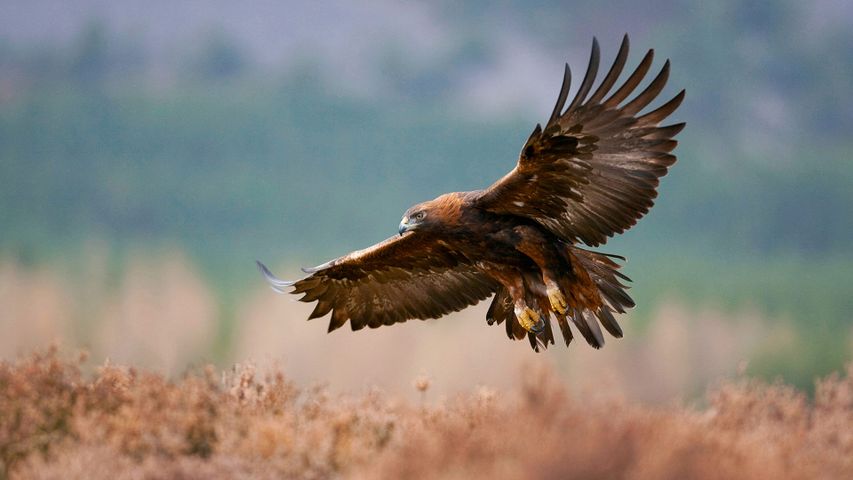 Winging it. Winging it over the Highlands

Is it a bird? Is it a plane? You’d be forgiven for briefly mistaking this magnificent beast for a small aircraft as it flies overhead. The UK’s second-largest bird of prey (after the white-tailed eagle), the golden eagle boasts a huge wingspan of over two metres (7ft) which it puts to good use, flying low over land before striking its prey with those impressive yellow talons. As it swoops over wild open moorland and mountains, its razor-sharp eyesight allows it to spot red grouse, ptarmigans, mountain hares and other prey from miles away.

Its nests, eyries built on cliff ledges and in trees, are also impressively large. They can be used for many years, with successive generations adding to them each year, so cliff nests can grow to be up to 2m high while those in trees can be twice the size. Golden eagles have suffered from illegal persecution and had disappeared from England and Wales by 1850 – but in Scotland, small numbers survived and the population has slowly recovered. They can live for 30 years and mate for life, soaring over their ‘home range’ to mark their territory with impressive undulating display flights.