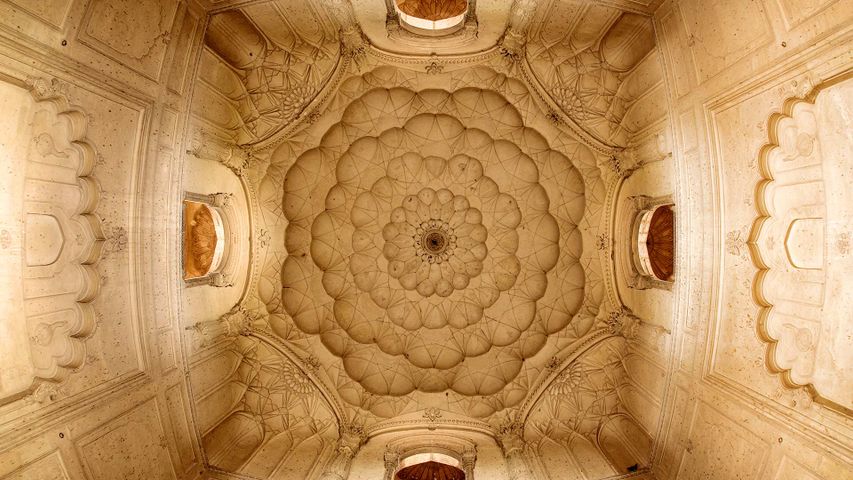 One of the last Moghul monuments in India

Safdarjung was the Prime Minister of the Mughal Empire (18th century). His tomb, erected in 1754, is the last monumental tomb garden of the Moghuls. Made of marble and sandstone, it is built along the same design lines as Humayun’s Tomb. There are four pillars outside the four corners of the main dome, whose interior you see in today’s image. The dome is built over a square terrace, made of red stone measuring about 92 feet on each side. An underground chamber holds the graves of Safdarjung and his wife.

Many have said that the quality of design, architecture and craftsmanship of the Safdarjung Tomb cannot be compared to the Taj Mahal or Humayun’s Tomb – because the Moghuls built this at a time when their empire was in decline.