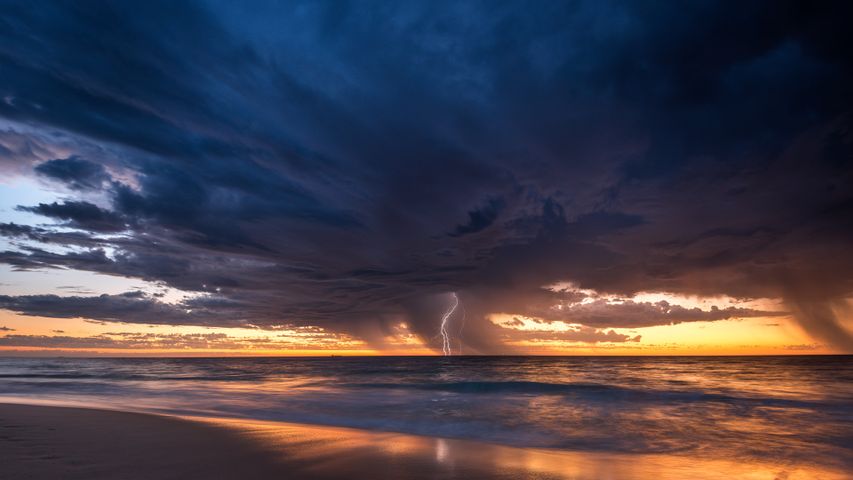 Thunderbolt and lightning…. Lighting up the Western Australian skyline

Ever endured a scorcher of a summer’s day only to be hit with a thunderstorm soon after? That’s especially common here at City Beach in Perth, where the two go together like Vegemite and toast. Moisture and warmth are both major factors in the creation of thunderstorms, meaning as humidity and heat ramp up during the hotter months, large amounts of warm, humid air gradually rise off the ground via surface winds into an unstable atmosphere. If this atmosphere is particularly unstable that can lead to severe conditions like large hail, wind gusts of 90 km/h and uncharacteristically heavy rainfall - leading to flash flooding.

Your run of the mill thunderstorm, on the other hand, is often far less worrisome and can actually lead to some truly stunning shots like today’s homepage image, but we’re perfectly happy to watch them from afar.