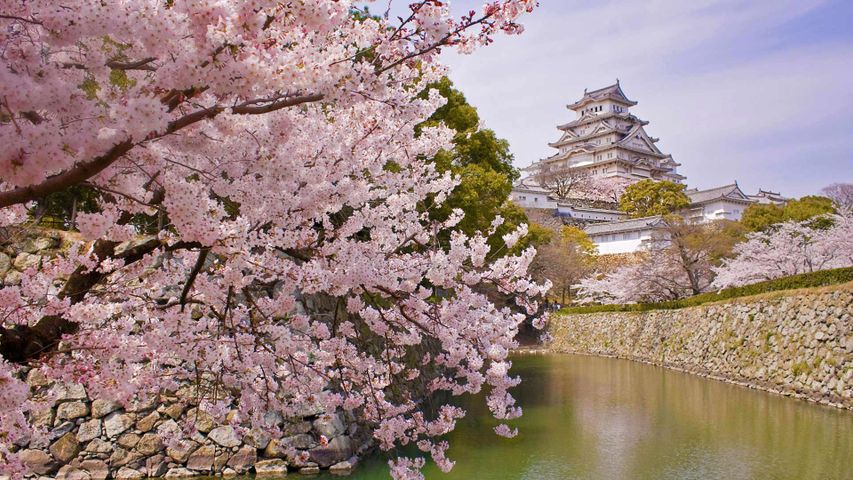 Castle on a hill

In honor of Castle Day in Japan, we're featuring Himeji Castle—one of the most pristine examples of traditional Japanese castle architecture, and a UNESCO World Heritage site. Castle Day is on April 6 (or 4/6) because the Japanese character for castle (城) is read as 'shiro,' and the Japanese pronunciation of 'four' is 'shi' and 'six' is 'ro.'

The origins of Himeji Castle date from 1333, when samurai warrior Akamatsu Norimura built a fortress on the top of this hill, called Himeyama. His son dismantled the fort and rebuilt it as Himeyama Castle in 1346. Two centuries later, that castle was significantly remodeled to become Himeji Castle. Over the years, the structure has undergone many remodels, and several buildings were added as the complex changed hands. The castle even survived WWII unscathed while surrounding areas were bombed mercilessly.

Fresh and salt waters mix at the Ter River estuary, near L'Estartit, Spain