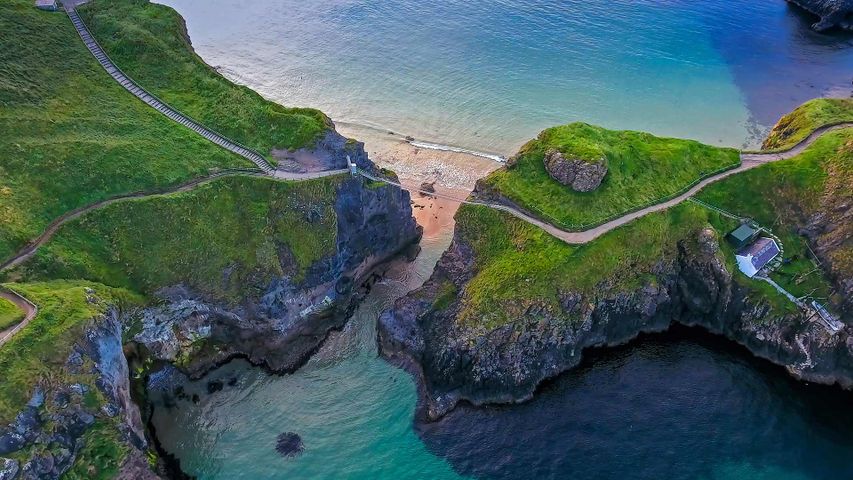 High and dry. A bridge for the brave

A head for heights is definitely required here at one of Northern Ireland’s most eye-catching attractions, the Carrick-a-Rede rope bridge, off the coast of County Antrim. This 20m (66ft) long bridge spans the chasm between the mainland and Carrick-a-Rede Island, which takes its name from the Irish ‘Carraig a’ Ráid’ or ‘rock of the casting’. No-one lives in the restored fisherman’s cottage on the island now but at one time it was the place to go to catch migrating salmon, and it is fishermen who built the first bridge here in 1755. If you think today’s bridge looks daunting, you should’ve seen some of its earlier incarnations. As late as the 1970s there was only one handrail, not to mention large gaps between the slats.

As numbers of salmon dipped, commercial fishing came to an end in 2002 and the bridge became a tourist attraction for those willing to test their nerve, swaying 100ft above the Atlantic. Game of Thrones fans may also recognise the area from the show’s scenes featuring Storm’s End, the seat of House Baratheon in the series.