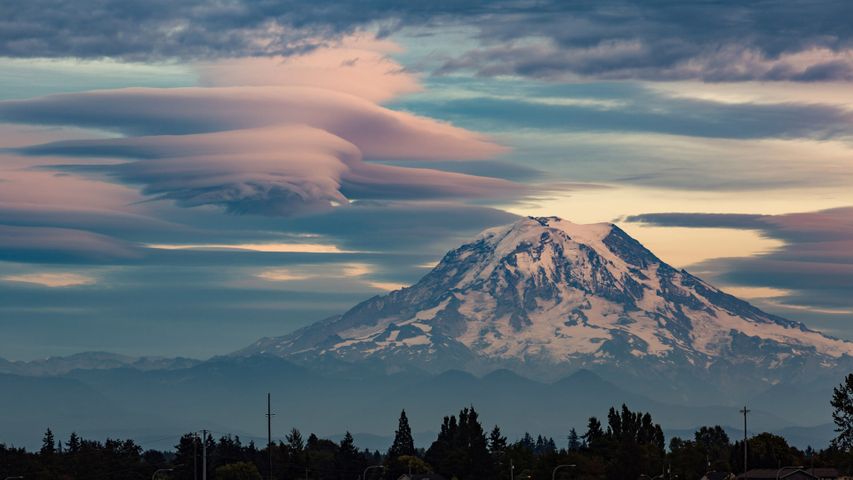 A peak in the clouds

World Meteorological Day brings us to Washington's Mount Rainier (Pacific northwest United States), a huge stratovolcano with a habit of creating its own weather systems. Jutting out about 3 kilometres above the surrounding landscape, its high altitude interrupts the flow of air that comes in off the Pacific Ocean, creating unusual weather such as the saucer-shaped clouds on our homepage. They're called lenticular clouds, and because of their distinctive appearance, they've been suggested as an explanation for some UFO sightings. Thanks to the science of meteorology, we know they're a normal weather phenomenon, commonly occurring on the downwind side of obstructions such as mountains, buildings, or other tall structures.