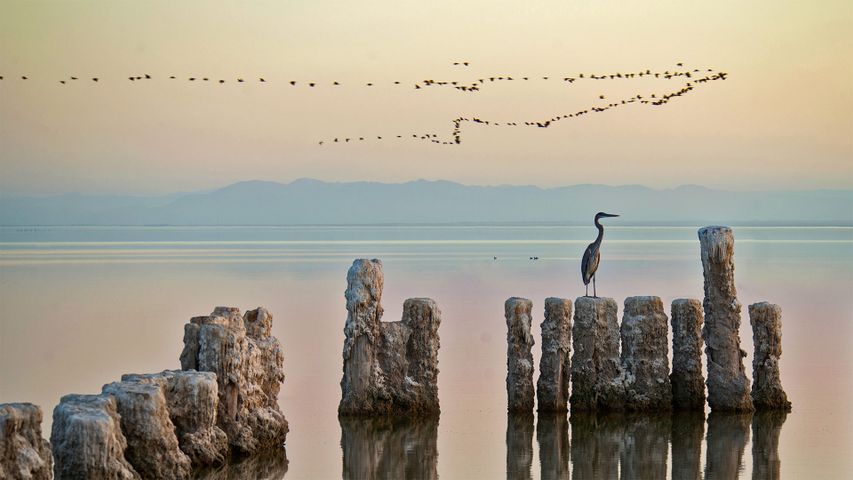 Migratory bird species are predictable frequent fliers, taking to the sky to travel along roughly the same route, at the same time, every year. Following sources of food and water along the way, the birds often fly great distances to reach breeding grounds or places to spend the winter. Today, we're looking at an important stopover for migratory birds—California's largest lake, the Salton Sea (Pacific Region of the United States).

This shallow saline lake was formed when a dam broke in 1905, causing the Colorado River to flow into a 56-kilometre-long basin with extensive salt deposits. Now it attracts hundreds of species of birds in what is considered one of the most significant concentrations of bird life in the continental United States. Most of these birds are just passing through, migrating along the north-south route called the Pacific Flyway. They gather here, sometimes in the millions, to feed and regain strength before moving on. Some birds, like the heron pictured in today's photo, may stay here for the season, but most of those who visit in the spring will stay for just a few days before continuing their journey to a summer spot farther north.