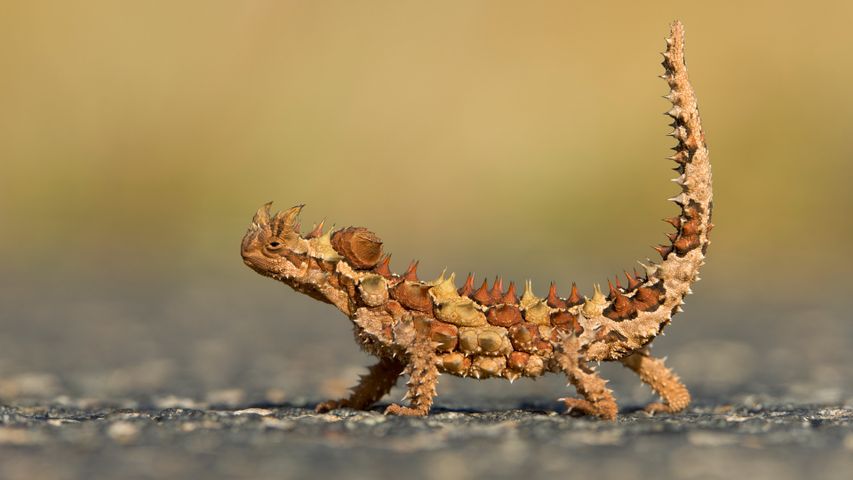 The devil you know

Don’t let their appearance fool you – Thorny Devils are actually less prickly than you might think. In fact, the endemic creature’s spiky exterior (each of which is said to be similar in size to a rose thorn) actually helps them absorb water in their arid habitat. This can be obtained via dew that condenses on their body overnight or by brushing up against dew-heavy grass. This water then finds its way into the various grooves around the Thorny Devil’s body, and makes its way to the mouth via capillary action.

If you want to see one of these beautifully strange wonders in action, autumn is the perfect time, as the next few months are their most active. But don’t dawdle, because come winter they will take refuge in underground burrows before briefly returning for mating season, then becoming almost completely inactive in the peak of summer. Can’t say we blame them.