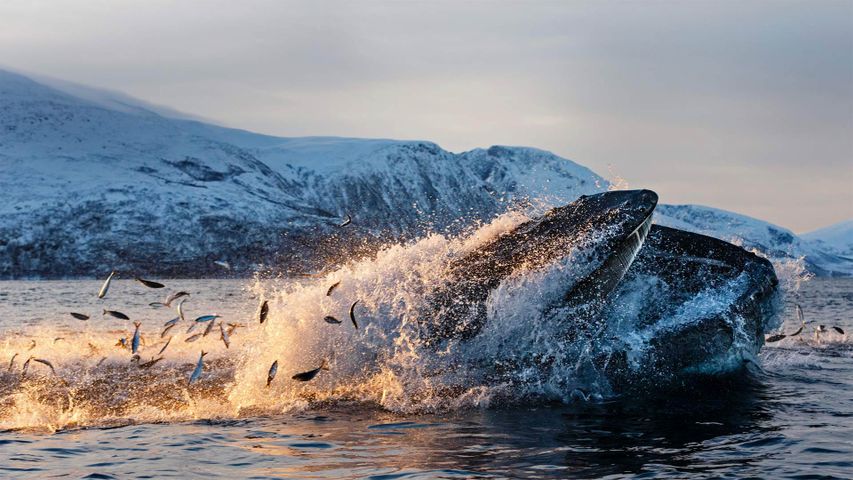 Humpback whale feeding on herring off the coast of Kvaløya, Troms, Northern Norway

Having a whale of a time

Winter in Northern Norway brings large numbers of humpback whales to the icy waters off the coast, where they feed on herring and krill - and delight whale watchers with powerful leaps, tail-slaps, and glimpses into their underwater world. Male humpbacks are famous for their haunting songs, which can last up to 20 minutes and be heard over great distances underwater. Scientists aren’t sure why exactly the males sing these ballads, but some theorise it’s related to courtship. That sounds romantic enough, but ladies take note - the humpback isn’t one to settle down. It's a migratory animal that swims up to 25,000 kilometres a year, travelling from southern breeding grounds to Arctic waters like these.

The Feathers at Frenchman Coulee near Vantage, Washington, USA

Miniature snow houses made for the Kamakura Festival, Yokote, Japan